When I was 19, I was in a record store flipping through some used records hoping to find a find. Flipping quickly through hundreds of records, in the P section I was stopped dead in my tracks by this: 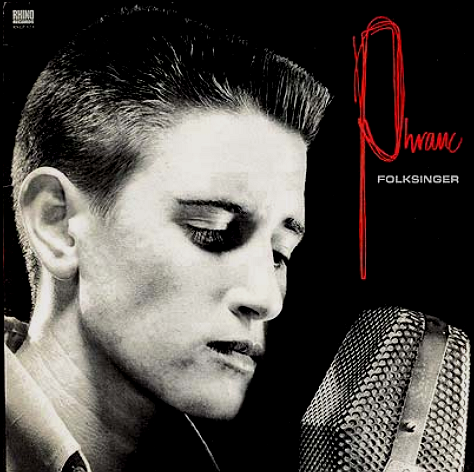 Phranc. I stood in the record store staring, I couldnt stop looking. It was the first time in my life I had seen a women that I immediate thought "god I'd love to look like her!" The flat top, the soft heavy eyelids, the powerful strong jaw line, the emotion outlining her lips and the fierce sensitively wrapping her whole face. Of course I bought the record!

I think the first song I listened to that I liked was Amazons.

This song itself is completely inline with the Different Women Doing Woman Different posts. I suggest listening to this song and if you arent familiar with any of the women Phranc sings of, you should take some time and learn a little about each.

Phranc's cover of Bob Dylan's The Lonesome Death of Hattie Carroll
literally puts me in tears every time I hear it, her cover is by far the best EVER!

Phranc has long fancied herself as the All-American Jewish Lesbian Folksinger. While her Butch visibility was largely limited to the lesbian scene, she comfortably sang about Butch lesbian issues like the dreaded Butch bathroom problems in her song Bulldagger Swagger:

I went to the ladies room I had to pee
Why was everybody starrin’ at me?
A little girl giggled
A lady gasped
One woman almost had a heart attack

Phranc was the first and to my knowledge the last out spoken Butch singer to give voice to some of the difficulties Butch lesbians face, and even to jest about them in a shrug of just being herself, what else can you do. 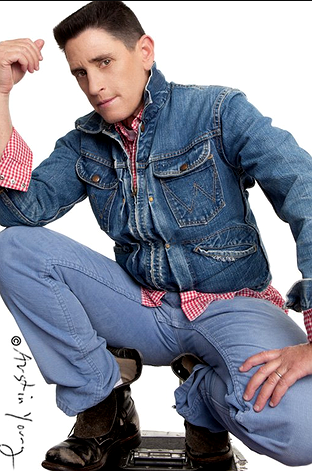 Phranc was one of the few visible lesbians who showed other Butch women that being Butch didnt mean you werent a woman, but that you were a woman who carried female differently. And that being a woman, being female, wasnt at all something to be ashamed of. It was something that had its own strengths, beauty and power. 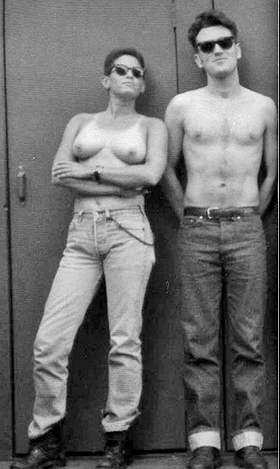 If anyone ever asks you whats the difference between a Butch and a dude, send them this pic! Butches, ALL woman ALL the time!

Thank you Phranc for showing me that!