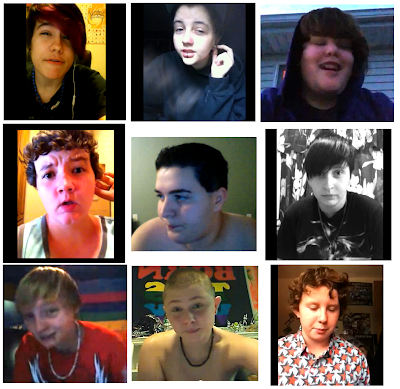 Imagine for a moment that the American Psychiatric Association was about to compile a new edition of its Diagnostic and Statistical Manual of Mental Disorders. But instead of 2013, imagine, just for fun, that the year is 1880.

Transported to the world of the late 19th century, the psychiatric body would have virtually no choice but to include hysteria in the pages of its new volume. Women by the tens of thousands, after all, displayed the distinctive signs: convulsive fits, facial tics, spinal irritation, sensitivity to touch, and leg paralysis. Not a doctor in the Western world at the time would have failed to recognize the presentation. “The illness of our age is hysteria,” a French journalist wrote. “Everywhere one rubs elbows with it.”

There were no reliable medical tests to distinguish hysteria from other illnesses then; the same is true of the disorders listed in the DSM-5 today. Practically speaking, the criteria by which something is declared a mental illness are virtually the same now as they were over a hundred years ago.

The resounding lesson of the history of mental illness is that psychiatric theories and diagnostic categories shape the symptoms of patients.

Never have we read a more truer statement than the one above with regard to transgenderism! This has been the case from the earliest patients diagnosed with transgenderism. In order to receive "sex change" drugs and surgeries, (male) patients would lie to FIT the medical sex change criteria. Straight men then and even today will give a gay male narrative to doctors in order to be diagnosed as trans. This gay male narrative was used in an underground railroad kinda way pre internet age among female fetishizers, today we routinely see it on trans sites and forums all over the world. There is a script that female fetishizers use to get their GID or GI diagnosis so they can continue to pursue their fetish. That the script remains a gay male narrative (by and large) only reinforces the original homophobia behind the Male Medical Machine's criteria for sex change.

The script for female transitioners isnt so different, it can be heard from the mouths trans trender after trans trender. It stems from a Butch/butch lesbian narrative that also began mid last century and little about it has changed. This script has been posted on thousands of trans female websites and can be found in some form on any trans female video ever made. Females are told by these website exactly what to say to gender specialists or gender therapists, the right script which will get them their "script"!

And that isnt to say that something wrong didnt lead these girls/women to where they would find this perfect trans narrative. But being vulnerable, feeling pain or uncomfortable with the "girl box" doesnt mean or lead to a "boy box", or at least it shouldnt. But the Gender Straight Jacket coupled with a misogynistic homophobic medical community will and has lead to just that! Lesbians whose own narratives have been and are being used against them to establish a script that fits the criteria for transition. And like any actor, if you read the script over enough, it becomes a part of you, you lose where you begin and the script ends.