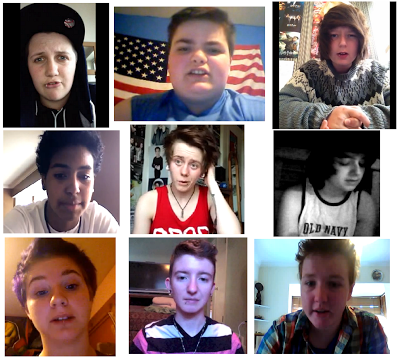 The possibility of transition is the possibility of pen/penis in hand, and transition firmly puts the pen/penis in hand with unlimited paper on which to write or author ones self. Or rather a self that has up to that point been quieted/calmed/stunted/silenced because of her very sex. Through the hope of transition these young women dream of writing themselves, of making themselves the subject rather than the object. There is a God quality in authorship, even authoring ones own life, and only men are gods.

Through a mannish guise they can do anything, be anything, but importantly finally EXIST! Even if that existence is through artifice. They are desperate to be heard and more desperate to be SEEN! To author experiences that as women was or they believed was, forbidden them. These are women who 50 years ago had the choice between passive Jane Eyre or mad Bertha Mason. Today that choice has narrowed to some kardashian or other or death. Sadly choosing to write themselves through a masculine pretense, they unknowingly choose a living death. The core female soul they side by side work with society to hide and silence is today's Bertha Mason. Except instead of being the mad woman in the attic, she is the sad, frightened, tranquillised victim of an anti feminist hyper feminine pornography pit, trapped just like Bertha behind her Master's walls.