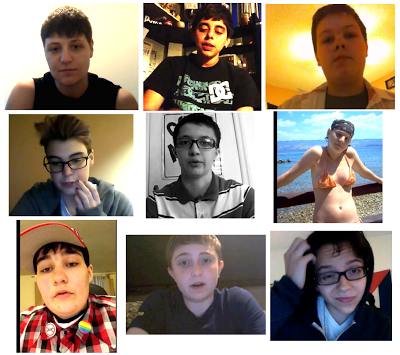 The suffragette Emily Davison endured some of the cruelest tortures "During her imprisonment, when she and other activists were being force-fed – a process that was agonising and degrading and sometimes involved anal rape with metal tubes – she threw herself down an iron staircase in protest. In retaliation for her refusal to co-operate, the guards put a hosepipe into her cell and slowly filled it with water until she almost drowned" simply for challenging the role patriarchy had slotted out for her as a female. From psychiatry's earliest invention of the asylum, female behaviour has been pathologized and women confined/tortured when their behaviour didnt hold up to the scrutiny of male subjugation.

"Madness is often political. There are situations in which extreme emotional distress is the only rational response to overwhelming circumstance, where “sanity” is little more than the medical term for acquiescence. Women in the early 20th century, a time when female sexual and social freedom was pathologised, frequently went insane, killed themselves or suffered debilitating “nerves”, as documented by writers such as Zelda Fitzgerald and Charlotte Perkins Gilman. Frequently those who rebelled in more tangible ways, by acting out, sleeping around or refusing to submit to men in the home or workplace, were declared insane and sent away to rot in asylums by their spouses and relatives."

Patriarchy has long used psychiatry as a means of branding women with mental illnesses when we didnt act or look in ways that werent stamped or approved by the male establishment or women helping to maintain that establishment. As a feminist I often wonder if the system of psychiatry itself wasnt created more to keep women in their/our "proper place" than actually address true mental illness, i.e. organic. But as Betty Friedan showed us fifty years ago, even women who acquiesce arent exempt from unhappiness and mental distress, they merely suffer in silence rather than rage in the streets. Very much like our trans female sisters today.

Trans females are often viewed as rebelling against female social norms, instead of what they are actually doing, acquiescing. There is little to no difference between a trans female and a hyper feminine female, they both acquiesce to patriarchy's dictation of what a woman can do/be/is, all of which is stamped and approved by men and for men. Trans females are Betty Friedan's miserable, unhappy 1950's housewives with a different kind of "mother's little helper", and the Gender Straight Jacket worn by both, is identical.