Hacking and Silencing from the Trans Community 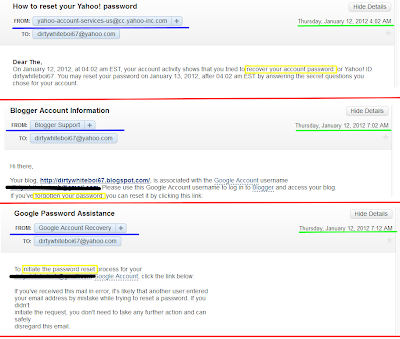 Yesterday someone or ones attempted to hack into my yahoo account, blog and Gmail accounts, quite unsuccessfully I might add. But nonetheless, yet another hacking attempt by no doubt some self hating female/s all in attempts to silence me/my blog. What anyone with the trans disorder doesnt seem to comprehend is, silencing some random blog, will NEVER silence the TRUTH. And the truth is in EVERY single cell in and of your FEMALE body. And a clue to the clueless, your body consists of a brain, made up of the very same FEMALE cells.

Now whether you would like to ignorantly believe a group of man cells got together in your mother's womb and created your brain while the rest of your entire body was developed with female DNA I personally could give a flying fuck. Whether you want to shoot your body full of synthetic male hormones with no long term studies that are known to cause anything from liver failure, heart attacks and various forms of cancer, again is of no concern of mine. Whether you want to drop a few pretty penny's at your local court house so you can legally pretend to be a sex you arent and will never be, zero to do with me.

BUT, when you are so fucking insecure about your pretend life that you try to silence my personal spaces, I do care! Just because you're floating dead in the gender ocean, doesnt mean that one cannot and should not challenge, discuss and disseminate information for those still on the beaches, in hopes of saving them from whats sure to be a shortened and miserable life!

I dont care whether you stick yourself in the ass with a dozen vials of "T" and have your breast butchered to boot, but NO ONE is going to stop me from telling the awful truths about the affects of that "T" in and on the female body, the horrors of the ugly brutality of "top surgery" regardless of all the "looks great bro" comments or the absolute homophobia that still is the foundation for transition period!

To put it simply, I AINT GOING NOWHERE AND THE TRUTH WILL CONTINUED TO BE SEEN HERE!